Our Developments in Manchester

Manchester has a fast growing property scene, with ongoing developments not only in the city centre, but in the suburbs too. As the main city of the "Northern Powerhouse" there are lots of reasons to invest in Manchester. With a population making it the second most populous urban area in the UK and no sign of slowing down, there's a lot to be excited about by investing in Manchester.

Why invest in property in Manchester?

13 one and two bedroom Luxury apartments in the heart of the Stretford redevelopment zone in South Manchester. A short walk from the tram stop which offers a direct link to Manchester City Centre.

Two blocks of high specification HMO studios. Situated in Worsely, an up and coming suburb of Manchester with a lively cafe and bar culture.

The most popular apartments we find are those that offer good commuting distance to the city centre as well as offering a great lifestyle for the tenants. We do offer a number of buy-to-lets in Manchester for landlords, but we do often get requests from investors that are also looking to live in the properties. Below are some of the key reasons why Manchester is a great area to buy to let or buy to live in.
We have just completed a development in Manchester at Johnsons Square, so we continue this interest into this fantastic area with The Bank in Stretford, South Manchester alongside our current HMO's.
Capital gain is on the rise in manchester with properties getting fantastic yields for investors. With the continued redevelopment too, property prices are soaring and investors are getting involved. 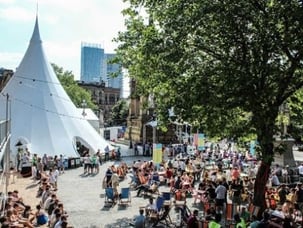 Situated in the North West of England, Manchester is an ideal location for commuting from a wide range of areas around such as Birmingham, Leeds and Liverpool. With Manchester Piccadilly, Manchester Oxford Road and Victoria stations in the city centre along with excellent tram links - there are multiple ways to travel in and around the city.
As Manchester is so ideally situated in the Northern Powerhouse, it is an ideal destination for travel to other areas of the country too such as Edinburgh, Glasgow and London.

Manchester has seen a surge in property prices in recent times. Ongoing development and consistent investment into the area has seen 1 & 2 bedroom apartments increase by at least 50% in value within the last 5 years. The average price for a city-centre flat in Manchester is around £300,000. This is expected to increase even more in the near future. 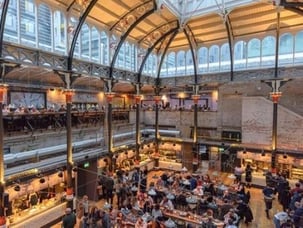 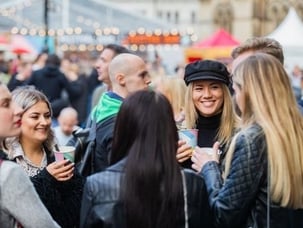 The lifestyle in Manchester is fantastic. There are many reasons why there's so much buzz about the area, whether it's the football teams; Manchester United and Manchester City or the bustling nightlife - you'll always find something to do in Manchester. There's a thriving "speak-easy" scene in Manchester, with a number of bars attaining the status through providing a relaxed atmosphere and excellent amenities.
There are several shopping areas such as the Arndale Centre and the Trafford Centre along with The Printworks which is a large multiplex cinema with accompanying bars and restaurants. Manchester has one of the best nights out in the UK with bars to cater to every need, whether it's cocktails with friends, a more active night out with games and activities, or nightclubs to dance the night away.

Manchester has a wealth of fantastic museums such as the Museum of Science and Industry (MOSI), the National Football Museum, Manchester Museum and the Peoples History Museum. When it comes to festivals and parades, there is a wealth of them, such as; Manchester International Festival, Parklife,  Manchester Pride, Lightopia, Chinese New Year Festivals in Chinatown and many more over the course of a year.
Manchester is also home to a thriving music scene with bands such as Oasis, The Happy Mondays, The Chemical Brothers, Stone Roses and Take That all hailing from the area. There are also a wealth of venues to enjoy huge acts in Manchester such as the Apollo, the O2 Ritz, The MEN arena and Albert Hall.
Manchester is also front and centre when it comes to the creation of new communities. Ancoats own urban village is gathering considerable pace, New Islington is a regeneration area that seeks to regenerate an inner-city area to a status of something almost "self-sustaining". There are a number of marinas undergoing significant regeneration into areas of natural beauty too.  There are also the areas of Didsbury and Chorlton among others that are highly sought after areas to live.
. 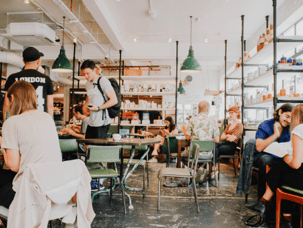 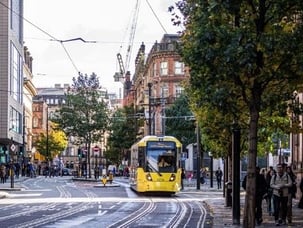 Along with the significant investment in property in the area, there are a number of public and private sector firms investing heavily in the area in new jobs for those moving into Manchester. There is a booming creative sector with large numbers of marketing and design agencies in the area. There are nationally recognised brands in fashion too, such as Missguided, Boohoo and Prettylittlething as well as Kelloggs, the BBC, Shop Direct and the Co-Operative across other sectors.

To speak to a member of our team regarding any of our existing developments in Manchester or if you're thinking of investing then please do get in touch.