Close to home for The Heaton Group, we'll always be delighted to work on properties in Wigan and the surrounding areas. With a rich history and some fantastic rental yields on buy-to-lets, find out why Wigan is a great place to invest.

Our Developments in Wigan

Why invest in property in Wigan?

Property in Wigan is becoming more popular as the Northern Powerhouse grows. While being relatively close to Manchester and Liverpool for commuting, there are advantages to investing in Wigan itself.

The Heaton Group currently manage over 120 properties in Wigan, being a big part of the recent redevelopment of the area and continuing to provide both tenants and investors with the very best service on our buy-to-lets in Wigan.

Being native to Wigan and the surrounding area - we've obviously got a little bias to how great it is. We've been developing properties in Wigan since we started back in 1975 and haven't looked back since.

As a large town based on top of the Lancashire Coalfields, Wigan was a major participant in the industrial revolution and fast became a hub for coal mining and cotton-spinning. These areas were served by the canals of Leeds and Liverpool, a masterpiece of Georgian engineering that connected some of the Norths largest cities and towns.

There are still reminders of Wigan's industrial period, seen at Wigan Pier, Trencherfield Mill and Astley Green Colliery where you can see some magnificent steam engines. 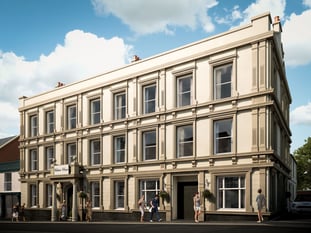 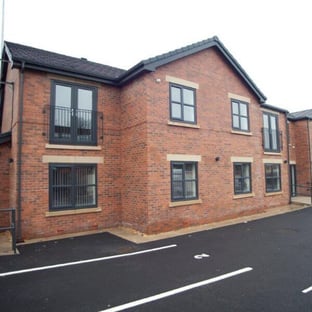 We have a long history with Wigan, being based in the nearby area of Hindley. Property in Wigan is relatively low priced compared to that of some areas in the North West and as a result, investors often find that their money is well spent given the returns from rental yields.

Above are two of our most recent developments, however we've been creating spaces to live in Wigan for over 40 years. Our MD John Heaton is a big part of the redevelopment in the area. With over 120 properties in Wigan, The Heaton Group are well placed to give you all the information you might need.

Wigan is a great investment opportunity - below are some reasons why buying property in Wigan could be a smart move.

Situated in the North West of England, Wigan is in the heart of Lancashire and Greater Manchester areas, with fantastic transport links to Manchester and Liverpool as well as in the middle between Edinburgh and London on the train. A short drive will take you into lovely picturesque areas within Lancashire with some fantastic areas such as the Beacon Fells or The Ribble Valley.

As stated above, property prices are rising consistently in Wigan when compared to the rest of the North West. This means that you can look to get a property in Wigan for less than that of somewhere like Central Manchester and yet be able to claim a good rental yield and make money faster. Property prices in Wigan in 2018/19 were up around 7% against 2015, and the average house price was  £154,956. This means if you look to buy-to-let in Wigan you'll get a great rental yield.

As one of the North West's best Rugby clubs, Wigan Warriors have a strong presence around the town with strong finishes each year in the Super League. Wigan Athletic are in the EFL Championship, sharing their DW Stadium with the Wigan Warriors. With some fantastic parks and woodlands such as Haigh Woodland Park and Mesnes Park, there's beautiful places to visit right on the doorstep. No summary of Wigan would be complete without mentioning Wigan Pier the hottest late night spot in the North West, however that area is now being redeveloped into commercial areas rather than for the millions of partygoers from the 90's and early 00's.

To speak to a member of our team regarding any of our existing developments in Preston or if you're thinking of investing then please do get in touch.