Voted the third-best city in the world, Manchester has a booming culture, nightlife, food and independant retail scene. The city is a national employment hotspot attracting big business, students, young professionals and executives. Fill out the form to request further information about apartments available to buy in Manchester.

Situated in the Northwest of England, Manchester is an incredibly well-connected city with Manchester Airport (third busiest in the UK), Manchester Piccadilly train station (a transport hub for the North), an extensive tram network and great road links. Manchester is in a fantastic location for commuters all around the Northwest and beyond, with the train to London taking just over two hours and only half an hour to Preston.

Manchester offers its residents a fantastic lifestyle, with one of the UK’s most exciting food and drink scenes, independent retail quarters, galleries, museums, and cultural events. Manchester is also known for two of the biggest football clubs in the world, Manchester City and Manchester United which bring thousands of visitors to the city each week. Many of the city’s neighbourhoods have a quirky, unique feel with busy squares, bustling bars and independent eateries. It’s well worth visting Ancoats Urban Village, voted 20th coolest neighbourhood in the world.

As with the whole of the UK property market, Manchester’s local market has remained resilient, and continued to grow, despite the challenges of Brexit and COVID-19. In Zoopla’s House Price Index, prices in the city have grown by 7.7%, the second highest price rise in the UK. There is also continued high rental demand in Manchester and the North West, with the region seeing the highest number of perspective tenants registered per estate agent in the UK.

Manchester has a wealth of nationally acclaimed museums and galleries such as the Museum of Science and Industry (MOSI), the National Football Museum, Manchester Museum and the Peoples History Museum. When it comes to festivals and parades, there is a wealth of annual events such as Manchester International Festival, Parklife, Manchester Pride and Lightopia. Manchester is also home to a thriving music scene with legendary bands such as Oasis, The Happy Mondays, The Chemical Brothers, Stone Roses and Take That all hailing from the area.

A number of public and private sector firms are investing heavily in the city, creating thousands of new jobs, attracting professionals to Manchester. There is a booming creative sector with large numbers of marketing and design agencies in the area. There are nationally recognised brands in fashion too, such as Missguided, Boohoo and Prettylittlething as well as Kelloggs, the BBC, Shop Direct and the Co-Operative across other sectors.

Our Live Developments in Manchester 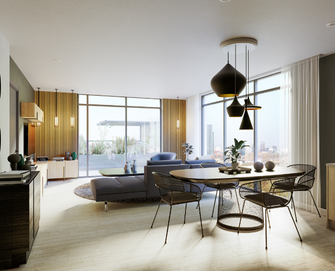 Urban Green is a new build development of 174 one and two bedroomed apartments in up and coming Trafford, just a 12 minute tram ride from Manchester City Centre. Apartments benifit from balconies, roof gardens and communal spaces.

Request more infromation from our Investment Advisors or book a call at a time that works for you.